No, I said you stick your head out.

The game often registered words when I wasn’t speaking. 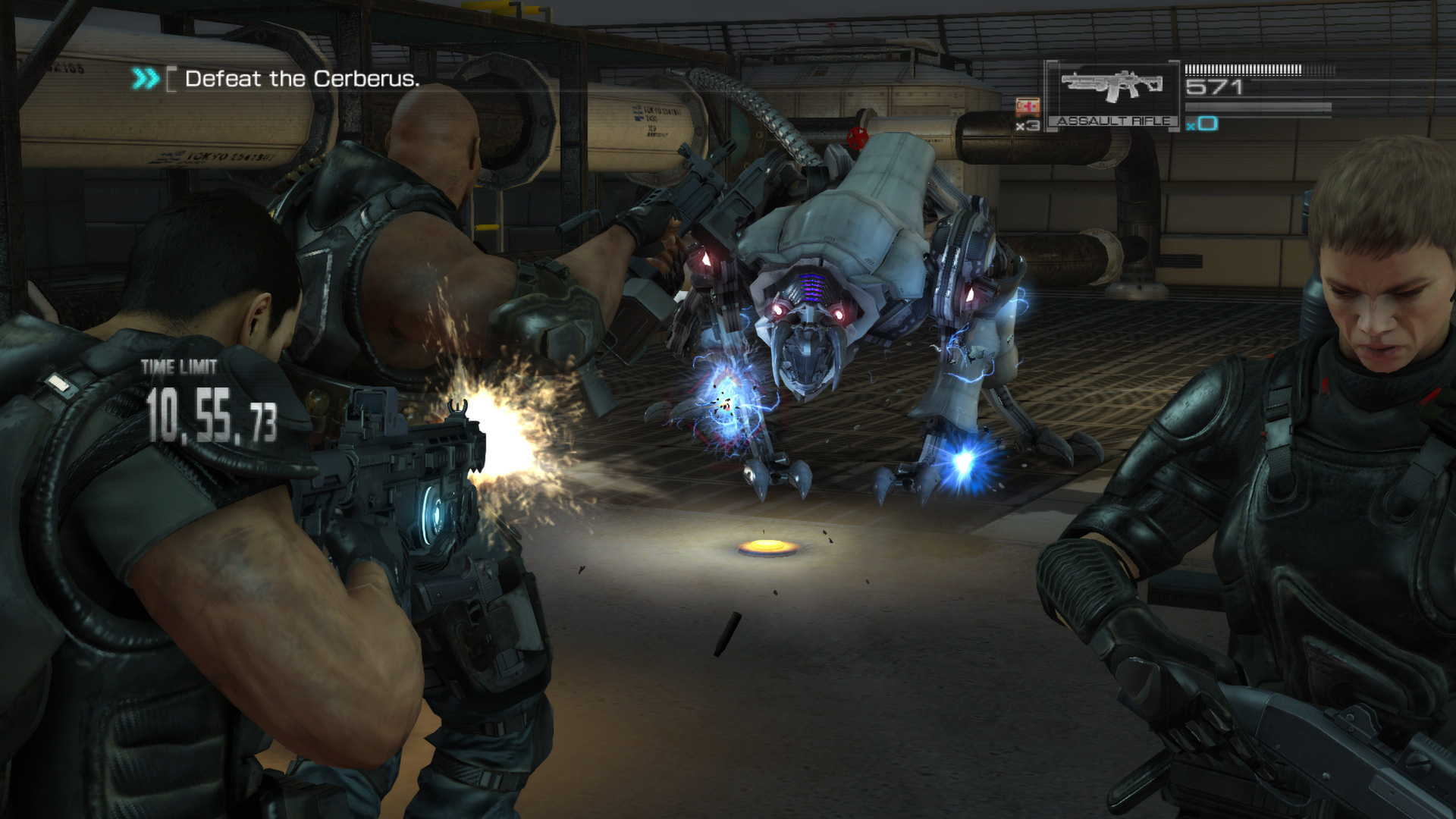 (When it detects a voice command it displays what you said in the bottom center of the screen.)  It’s most common word to accuse me of saying was “f***.”  I’m not kidding.

Apparently, I was constantly dropping f-bombs while I played. 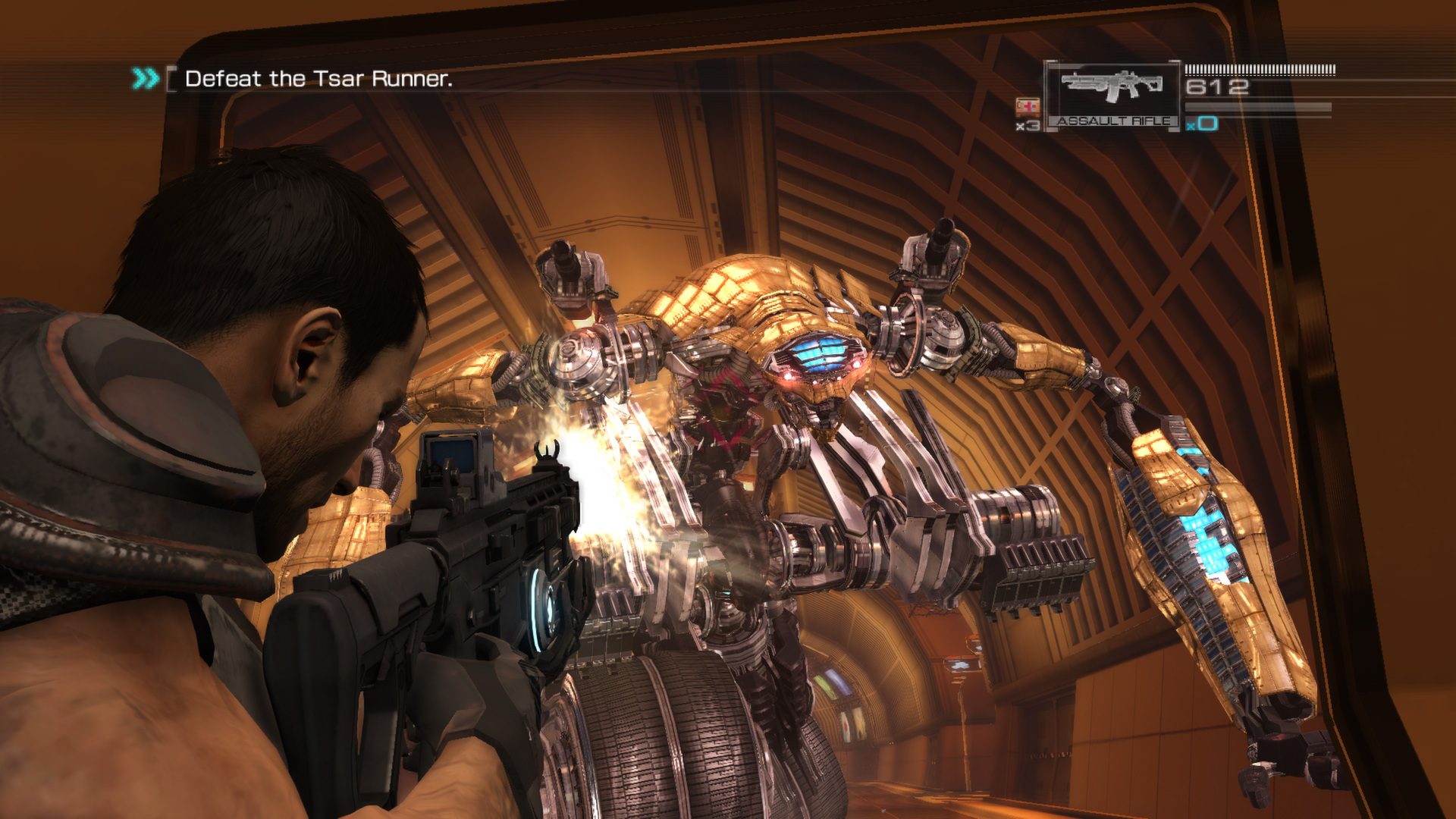 Sure, “f***” is one of my favorite words, but I can manage a modicum of control while playing a video game.  Even when I was playing in silence, the game kept registering random words.  I used Xbox 360 brand wired mic, the 360 brand wireless mics, even my Kinect, and each failed miserably.  I made multiple adjustments to the voice controls in the options menu, and eventually left them on the default settings.

As infuriating as the voice controls were, somehow I began to find them endearing.

These voice commands feed directly into the “Trust System.”  At the beginning of most chapters you’ll select two Rust Crew members to accompany you on the mission.

Each AI character has their own trust meter.  Command them to do things that get them hurt, their trust goes down.

Command them to do things that aren’t batcrap insane on a battlefield, their trust goes up.  The more your AI partners trust you, the more double batcrap insane things you can get them to do in the heat of battle. I got the best results when I whittled away most of the opposition while yelling “Fire.”  Then I followed that up with “Charge” when the enemy numbers were low.  Keep in mind, I was magically dropping f-bombs the entire time.

Once I had my AI teammate’s trust level high enough I simply started yelling “Charge” at the beginning of each battle.  Sure, I’d have to yell it half a dozen times, but it would work eventually.

The friendly AI was quite effective when it could make out what I said.  You can always play without a mic and input the controls manually, but that’s kind of like wearing a raincoat in the shower. The co-op made this robot sad.

Unfortunately, there’s very little to the co-op element of the game.

Co-op is available through a pretty standard survival mode called "Invasion." The characters are faceless generic stand-ins.  None of the campaign character models (or personalities) make an appearance.  It’s a class-based mode, so all the usual suspects are there; the assault rifle wielding soldier, the scout sniper, the shotgun striker, etc.

Four players can team up online to (say it with me) battle waves of increasingly difficult enemies.

It’s kind of fun, but it’s no Horde mode.  One of my biggest complaints is the lack of progressive damage to the enemies. 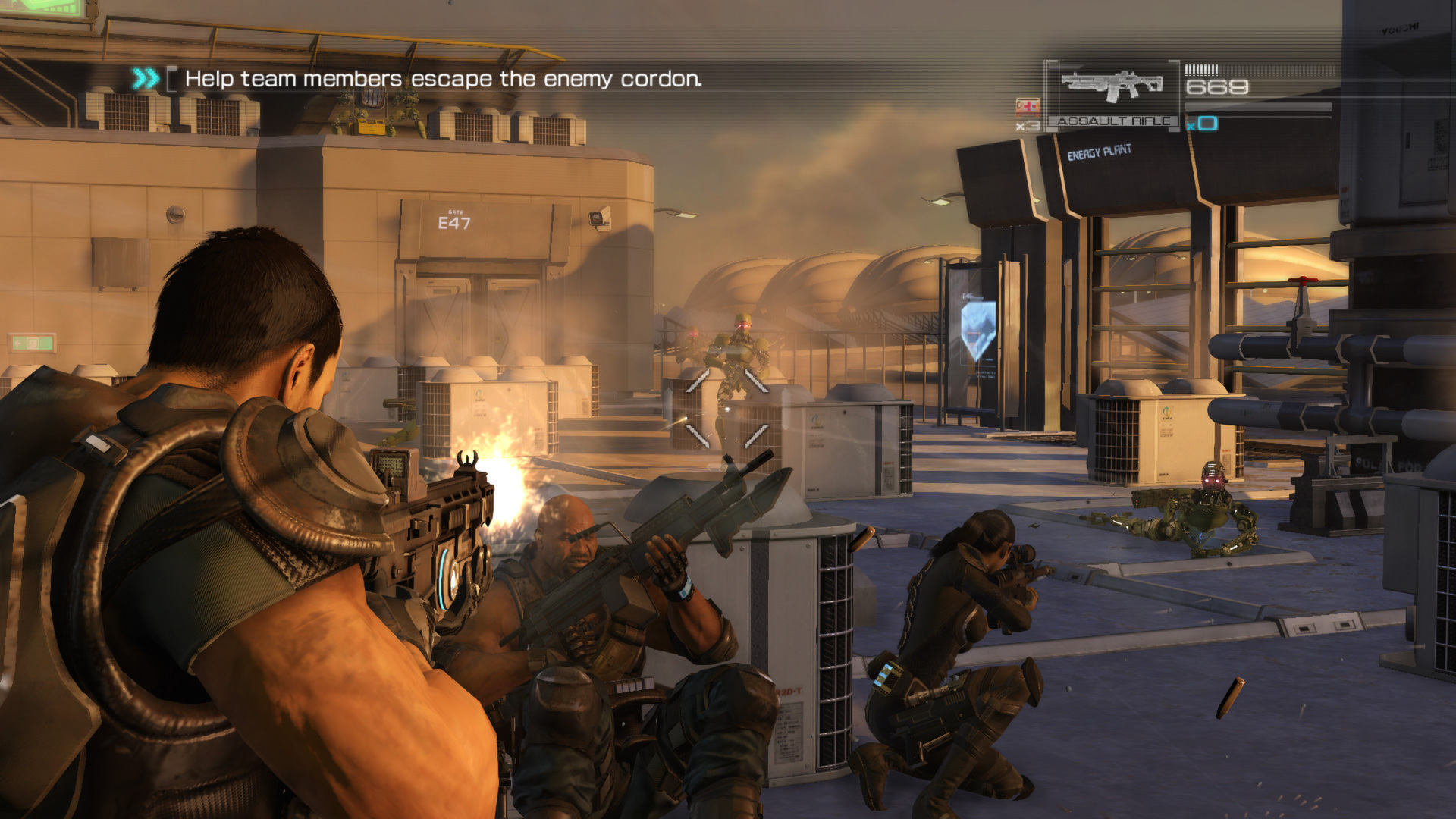 Yes, you can shoot the armor off of a bot, but the damage is purely visual.  You can’t cripple its legs, or blast off its head and send it after its fellow bots.

None of the strategy from the single player game is there.

After playing multiple sessions, each one plagued by lag, I couldn’t find much to brag about.  There is an experience progression system tied to the game’s versus multiplayer, but I doubt many players will make the long trek to level 50.  Binary Domain’s Invasion mode seems so tacked on it doesn’t even feel like the same game.

The most disappointing thing about Binary Domain is the lack of a cooperative campaign.  As I yelled in vain at my AI comrades, I couldn’t help but feel that I would much rather be ignored by real people.

For all of its faults, Binary Domain is a very entertaining single player experience.  If the developers would have ditched the flawed voice control system and implemented a real co-op campaign we could have been looking at a possible sleeper hit.

The Co-Optimus review of Binary Domain is based on the Xbox 360 version of the game which was provided by the publisher.

The Co-Op Experience: Four players can team up online in Invasion mode.

They must work together to defeat progressively harder waves of robot attackers.

Co-Optimus game reviews focus on the cooperative experience of a game, our final score graphic represents this experience along with an average score for the game overall.

For an explanation of our scores please check our Review Score Explanation Guide.

What is the best time to buy cryptocurrency