Correlation Between Cryptocurrencies And The Us Dollar 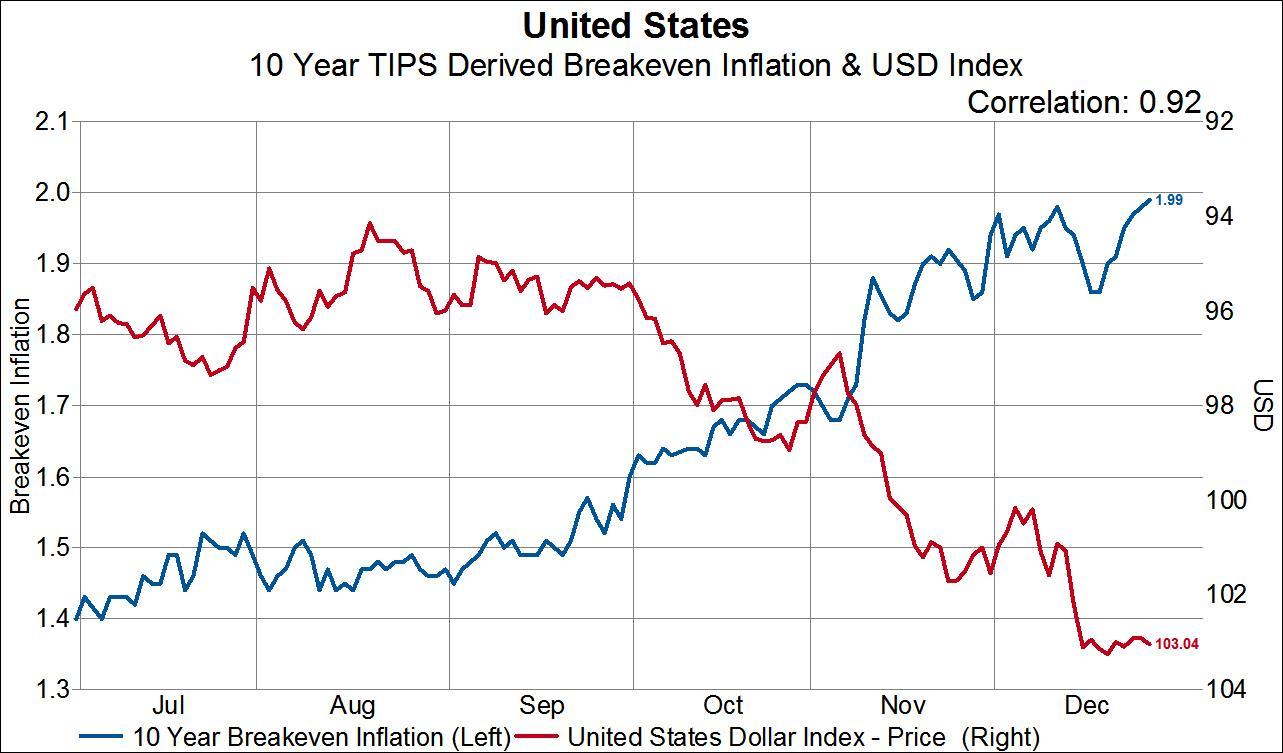 On 20 January 2009, while the world eagerly watched Barack Obama being sworn into office as US President, another historic event was simultaneously taking place; the first cryptocurrency, bitcoin, was created.

In the eight years since, bitcoin has moved from out of the back-rooms of idealist technologist communities and into the main-stream, creating an array of other cryptocurrencies along the way: there are now more than 1,100 types of cryptocurrency, with market capitalizations ranging from a few thousand to billions of dollars. 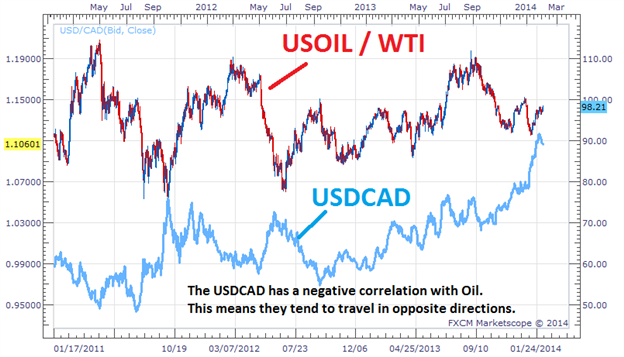 By mid-September 2017, the global market capitalization of all cryptocurrencies had grown to approximately $135bn and according to a study from the University of Cambridge[1], and more than 1,800 people were declared as full-time cryptocurrency professionals.

While, the early adopters of cryptocurrency were a combination of programmers and entrepreneurs backed by venture capital funds, investors have increasingly been attracted by the meteoric returns observed so far, as speculators and demand from new entrants have sent prices soaring.

In the first 11 months of 2017, bitcoin delivered a 902% return but this number is not even close to the 5235% return generated by Ethereum, its next closest rival by market capitalisation over the same period.[2]

But the dash for cryptocurrencies didn’t end there – by December the value of bitcoin had soared even higher with the digital currency reaching as high as $19,000.

However, the potential for cryptocurrencies to displace traditional currencies as a more efficient means of exchange, and therefore effectively a new asset class, is increasingly recognised among a wider community of people, including retailers, regulators, governments, and investors.

Significantly Amazon recently announced that it will be accepting payments in bitcoin, making it the first large-scale retail platform to use the currency.

Governments around the world are also examining whether to launch their own cryptocurrencies, backed by central banks.[3]

Conceptually, currency returns tend to reflect a combination of the demand for assets and goods of the currency’s market and its macroeconomic state.

There are also a few currencies including the US dollar, the Swiss franc and the Japanese yen, which are widely viewed as ‘havens’ and are often correlated with large changes in capital markets.

Cryptocurrencies, for now, are free of government intervention, so they do not carry a distinctive geographic footprint, nor a designated ‘safe’ label.

Rather they reflect an array of goods and services that can be purchased in trade.

And, as such, could be viewed as being fundamentally anchored. However, given the dramatic fluctuations in price, cryptocurrencies appear more driven by speculation than fundamentals as there is no intrinsic value for crypto assets. 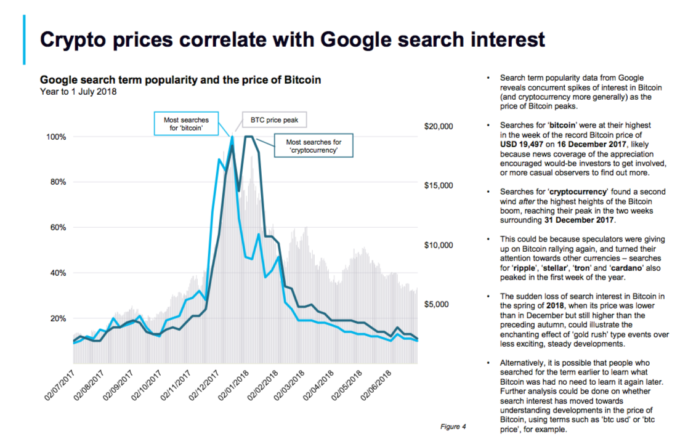 Correlations with traditional asset classes like currencies, equity indices and commodities are negligible, as shown in the table below:

But as perhaps would be expected, cryptocurrencies show better (stronger) correlation to each other, but these vary significantly between currencies.

Exhibit 3 – Cryptocurrency correlations with each other

This illustrates the propensity of the cryptocurrency market to behave as an alternative market governed by its own rules, uncorrelated to the traditional capital market assets.

However, sentiment appears to a play a strong part, with a closely aligned relationship between Google searches for ‘bitcoin’ and short-term price movements in the cryptocurrency.

It is easy to imagine that new entrants searching for information on how to trade this currency is still driving flows, and thus short-term prices.

But the opacity of this market is not discouraging finance professionals, traditional asset managers and hedge funds, from investing in it.

In August 2017, the 70-year-old firm VanEck filed a notice with the Securities and Exchange Commission (SEC) to launch a bitcoin exchange traded fund (ETF). This is not the first attempt at a bitcoin ETF – earlier in 2017, the SEC rejected a filing from the Winklevoss brothers, invoking a lack of transparency and regulation in the market.

The END of the DOLLAR? Why do BITCOIN and cryptocurrency ARISE? - VisualPolitik EN

More recently, the CME Group has even announced plans to create a market for bitcoin futures.

With the recent decision of the Chinese government to forbid the creation of new cryptocurrencies and ban the online exchanges, it is likely that regulators and traditional authorities in Europe and in the US will take a deeper interest in this brave new world of cryptocurrencies in the near future.

Ultimately, however, this is likely to be the reason why they will soon be regulated, institutionalised, and controlled.

Already, the heart of the technological advance,  blockchain, is being stripped out and utilised to speed up existing transactions. While it is highly unlikely that the same brands of cryptocurrencies will survive over the next decade, there is an increasing understanding that currencies, as a means of trade, are themselves undergoing a revolution, and one that is likely to have a deep impact within political and policy spheres.

As an investment, cryptocurrencies continue to move at the beck and call of speculators and retail investors. Without significant government or institutional backing they will likely remain in the speculative asset category for some time.

[3] “Governments are testing their own cryptocurrencies”, Sept 2017, MIT Technology Review