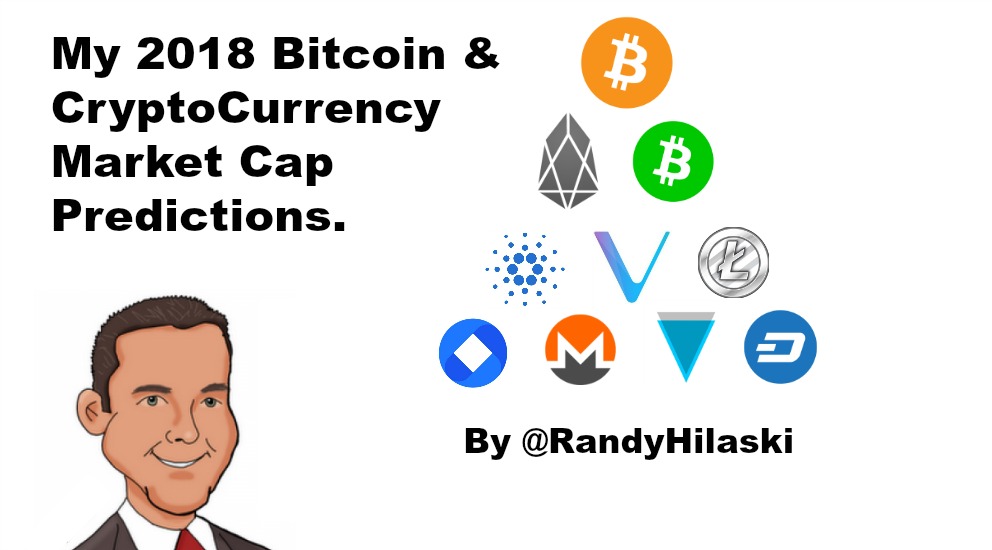 It is clear 2018 was a bad year for the cryptocurrency market.

The market drop came after the sector witnessed an unprecedented boom in 2017. Many began the year with great anticipation hoping that the impressive trend would continue. However, within the first quarter of 2018, the price of Bitcoin dropped by about 65 percent.

The drop affected all other cryptocurrencies. By the end of the year, the value of Bitcoin had declined by over 80% while other altcoins dropped by more than 90%.

The massive drop has been attributed to a number of factors ongoing within the crypto sector. Increased regulation and fears regarding the regulations by SEC might have contributed to the crash.

With scammy projects, some investors are opting to stay away from the industry.

However, with 2019 already here, many cryptocurrency enthusiasts are not sure about what to expect.

The year has begun with mixed prospects.

This leads us to the top five predictions of the cryptocurrency market in 2019.

Bitcoin has declined by about 84% from its all-time high witnessed in 2017. This trend is almost similar to the 2013/2014 bear market where the rate of decline is the same. At the moment, Bitcoin’s price has bounced off from the 200 weekly moving average.

Unlike other bear markets witnessed, the decline and the number of days indicate some correlation.

Going into the future, the price of Bitcoin is expected to improve at a slow rate as the market cap grows. This scenario can be attributed to the maturity of the market.

By July, when Bitcoin was at $6000 support line many traders were hoping the maiden cryptocurrency will show some improvement.

How to invest in a crypto currency

However, moving forward, their expectations were not realized. The bears that were late to the party are now calling for sub $1,000 prices.

It is clear that market psychology in action. It is also a clear indication that the end is near for the bear market.

The market should not expect another Bitcoin bull market in 2019 but rather a slow grind sideways.

Based on the bear market data available, the market can predict the period until we have a new Bitcoin high. Based on this prediction, we can only experience new highs and resumption of the bull market within the first quarter of 2021.

Several Altcoin to Attain or Surpass Past All-Time Highs

It is obvious that the cryptocurrency market is on a maturity path. Looking back, Bitcoin enjoyed a 90% dominance, which has significantly reduced.

Over the years, new coins have been adding new use cases. At the same time, a number of coins have emerged with unique use cases. Some are for tokenization of assets while others are privacy and security centered. With such developments, Bitcoin’s dominance is expected to be cut down further.

Going into the future, we expect different coins to emerge and cover each sector of the industry where we have the existence of an authentic business case.

It is important to note that the industry saw the emergence of ICO tokens and scams during the 2017/2018 period.

The affected coins will have it rough in trying to deliver something tangible.

They will struggle to recover.

In the first quarter of 2019, we can expect the market to have real projects that adhere to laid down regulations. We should expect non-ICO, fair-launch projects to thrive. An example is the Ubiq project.

Ubiq (UBQ) is a cryptocurrency where users are able to generate UBQ through mining. Ubiq has been focusing on changing their hashing algorithm from Ethash to Ubqhash. The switch will protect users from the rising threat of 51% attacks.

The project is making major improvements to the infrastructure of the ecosystem. Furthermore, the developers seek to make Ubiq a key contender for the most Enterprise Stable platform that is gaining traction from businesses.

The pair UBQ/BTC has bottomed now after forming a range in the 6,000 to 8,000 Satoshi price mark.

All the declines are set against the MACD indicator making higher lows on the daily timeframe. This is a clear indicator that the price will move up.

However, before attaining a high, UBQ needs to overcome some hurdles.

First, it needs to surpass the 200 daily moving average at 9, 500 Satoshi. Further, several resistance lines are also along the way. Going forward in 2019, Ubiq will hit the previous all-time high of about 97,000 sats.

With the emergence of many ICOs, regulators are going after projects that appear scammy and don’t adhere to laid down regulations.

The SEC has increased its surveillance over ICO as a way of protecting consumers. The SEC has already made major statement statements in regulating the sector. SEC recently targetted celebrities like DJ Khalid and boxer Floyd Mayweather Jr.

The two were fined for promoting an ICO token and failing to show payments earned from the project.

5 Predictions For The Next 10 Years Of Bitcoin / Crypto

ICOs using celebrities to market their products is a trend on the rise and the SEC will be watching keenly. SEC will intensify the crackdown on these projects while at the same time refunding more investors.

The SEC’s recent actions are key because, unlike in the past, it is moving away from warning the ICO industry about the application of security laws. The authority is actively seeking sanctions for violations of the securities laws, even ones that are inadvertent.

At this point, the only way to survive SEC crackdown is through launching projects via Proof-of-work.

Ethereum founder Vitalik Buterin has expressed his displeasure of Proof-of-Work. There is a big possibility that 2019 is the year, Ethereum will implement Proof-of-Stake model.

What will be the price of Tron (TRX) in five years from now?

As a build-up to the switch, Ethereum had slated the Constantinople hard fork in January. The fork was meant to reduce the block reward for miners, who are feeling the heat from the current bear market.

It is not clear what will happen with the Ethereum’s POS. With the update, a lot of hash power will leave the Ethereum system and will have to get a new place to mine. Ubiq might take advantage of the situation following the recent hard fork on its network.

The Ubiq new hashing algorithm dubbed Ubqhash, seeks to mitigate the 51% threat attacks while moving away from other Ethash coins. For a miner, Ubiq seems to be the new lucrative choice.

51% Attacks to Increase on Coins With Shared Algorithm

As seen above, Ethereum plans to roll out its Proof-of-Stoke and hashing power will be freed from rental platforms like niceash.

This development will make the cost of attacking coins with shared algorithms easier and cheap. So what should we expect? The market is going to witness 51% attacks increasing.

The only safe coins will be those with active defenses as they will dominate the market in 2019. On the other hand, coins with independent hashing algorithms like Ubiq will perform better since they have an additional security layer against such a threat.

Subscribe to our Newsletter to be a part of our future $1,000 per month contests.