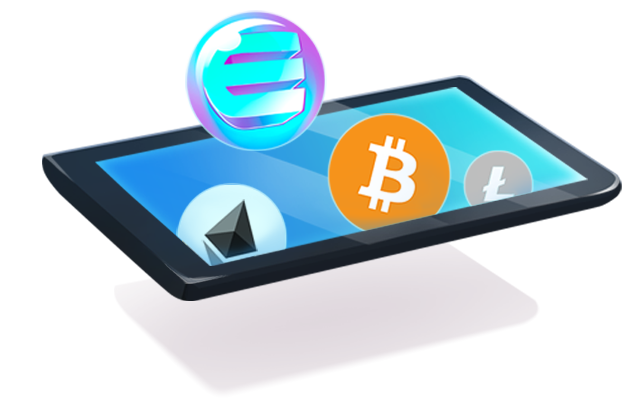 Initial coin offerings (ICOs) are all the rage this year with entire sites dedicated to announcing them and investors looking for their next quick flip.

While many may be shams and yet still others being of no interest other than to make a quick buck, there are indeed some altcoins and tokens out there with interesting and seemingly legitimate use cases.

While we covered gaming in the sense of eSports (competitive videogames) in one of our previous posts, altcoins and tokens for gaming that isn’t necessarily competitive are popping up as well.

The 3 cryptocurrencies in this space we recommend keeping an eye out for include Enjin Coin (ENJ), Chimaera (CHI), and Ethbet (EBET).

It wasn’t easy picking from the various gaming-based cryptocurrency projects but even of the three we’ve chosen, we believe Enjin and its currency, Enjin Coin (ENJ), should really be on everyone’s radar.

For the uninitiated, Enjin is the biggest social gaming website platform in existence.

It has 18.7 million gamers and hosts over 250,000 gaming-based communities. Moreover, Enjin receives 60 million views per month and sells millions of USD worth of virtual goods per month.

Enjin Coin (ENJ), then, is Enjin’s Ethereum-based token with an accompanying platform that will allow for the creation, distribution, management, and trading of virtual goods.

For gamers, virtual goods, such as in-game items, can be moved among games. Perhaps most importantly, as for every authentic virtual good purchase, 7.5 goods are lost to fraud, goods that are Enjin Coin-minted will ensure trust as well as security while promising minimal transaction fees.

ENJ will act as the parent currency for this gaming platform, with all virtual items, such as in-game items, currencies, and more, being able to be converted into ENJ at any time.

Not only does Enjin already have a huge user base, but the advisors it has brought on board for the ENJ project are big hitters as well: Enjin counts Anthony Diiorio, one of the co-founders of Ethereum itself, as a member of its Founding Team for ENJ.

As of writing, the ENJ token crowdsale is still ongoing.

Even if you’re not considering gaming on a blockchain-based platform any time soon, we encourage picking up some ENJ and seeing where this project goes.

Chimaera, a project that has yet to have its token pre-sale, wants to provide a platform for game developers to build Massively Multiplayer Online (MMO), turn-based, real-time strategy (RTS), virtual reality, and other types of games on.

Obviously, there are a lot of platforms, tools, and infrastructure that are already in place for developers to build games with (and upcoming ones like Enjin Coin). We think Chimaera is a potentially promising project because of how it handles scalability, both for its blockchain and for gaming “worlds” (or the virtual environment in which games take place).

One of the ways in which Chimaera improves scalability for blockchain-based games is with trustless (no need for a third party) off-chain interactions.

In simple English, while blockchains can be used to create games that need no central server, without the use of something like trustless off-chain scaling, otherwise known as game channels, blockchains can grow to be massive, which puts a huge strain on resource requirements.

Chimaera’s solution, then, are game channels, or trustless interactions of players that can be performed without actually requiring space in the public blockchain, thus lowering resource usage.

If disputes come up between players, the blockchain can be used to solve them.

This concept of game channels not only allows scaling to an infinite scale but also allows for near instantaneous interactions between game players.

Ephemeral timestamps allow network nodes, or computers connected to the blockchain, to “timestamp” data (X) with a certain time (Y) so that other nodes, later on, can verify that another node knew about that data X at time Y and verify things like transactions.

However, these ephemeral timestamps only take up space in the blockchain if and when they are eventually used. If they are not used, they are discarded, which puts less of a strain on the network.

In addition to improved scalability, Chimaera also provides tons of app functionality, such as private messaging, social media and community platforms, the selling of apps and games, and more.

Using their own game coins, developers can also crowd fund their games with ICOs, making it easier to develop games and ultimately deliver them to gaming fans.

For gamers themselves, the Chimaera Portal allows gamers to find new games, friends, and more within the Chimaera universe.

If the potential of Chimaera becomes realized to the point where it becomes something like Steam (host to many games, such as the Half Life and Counter-Strike series) but for blockchain, we think it could be very big indeed.

Next up is Ethbet, a decentralized, peer-to-peer (p2p), Ethereum-based dicing game that is fair and has no or almost no “house edge”, or built-in advantage that a gambling venue or site has over players.

Using smart contract technology, Ethbet players do not have to register as users or make deposits to play; winnings are sent to user wallets instantly.

Ethbet is also truly decentralized – it runs on the Ethereum blockchain and has no “house” or central authority, making the game truly peer-to-peer (p2p) by just matching up players against each other.

This same p2p aspect of Ethbet makes it so that there is either no house edge or barely any.

We think that this is a perfect example of the potential of decentralized, blockchain technology. In the murky world of gaming (gambling), such projects are a breath of fresh air and we recommend both gaming enthusiasts as well as traders and investors look into this promising project and its currency EBET, which had its crowdsale from September 17th to September 21st, 2017.

So there you have it – three of the most promising cryptocurrency altcoin and token-based projects in gaming: Enjin (ENJ), Chimaera (CHI), Ethbet (EBET).

While it’s still very early in the cryptocurrency game to choose a solid winner, we think these three projects have the potential for success and suggest both crypto and gaming enthusiasts alike take a closer look.

What are some reputable forex trading desks