To use this decimal to binary converter tool, you should type a decimal value like 308 into the left field below, and then hit the Convert button. 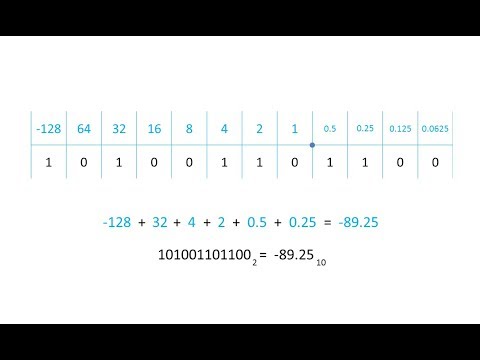 Decimal to binary conversion result in base numbers

The decimal numeral system is the most commonly used and the standard system in daily life.

How To Convert Binary To Decimal

The Hindu-Arabic numeral system gives positions to the digits in a number and this method works by using powers of the base 10; digits are raised to the nth power, in accordance with their position.

For instance, take the number 2345.67 in the decimal system:

The binary numeral system uses the number 2 as its base (radix).

As a base-2 numeral system, it consists of only two numbers: 0 and 1.

While it has been applied in ancient Egypt, China and India for different purposes, the binary system has become the language of electronics and computers in the modern world. This is the most efficient system to detect an electric signal’s off (0) and on (1) state. 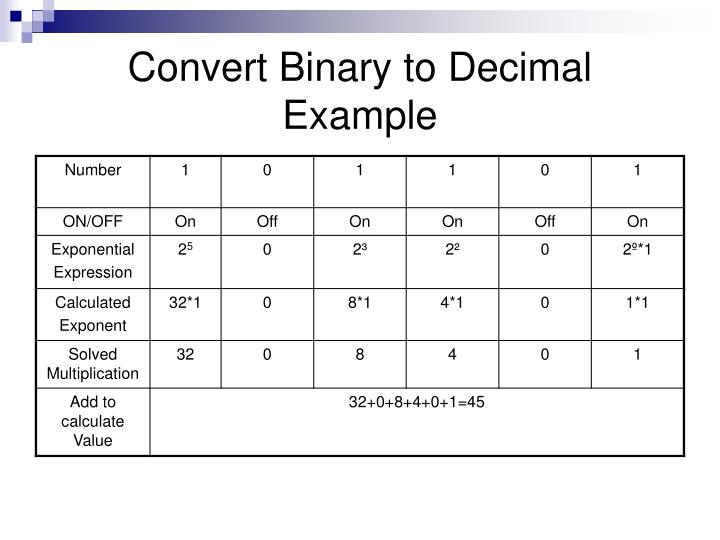 It is also the basis for binary code that is used to compose data in computer-based machines. Even the digital text that you are reading right now consists of binary numbers.

In the binary system, each binary digit refers to 1 bit.