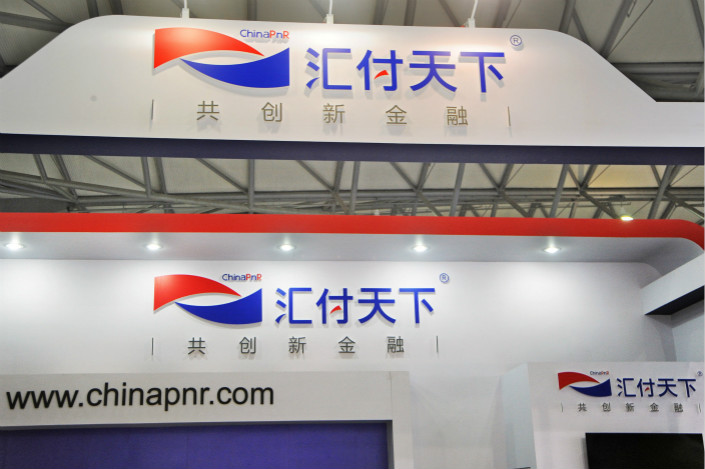 has filed for a Hong Kong listing, seeking to become the first major Chinese payment company to go public as the country becomes increasingly cashless.

Huifu was among the first group of online payment companies — including Ant Financial Services Group, the Alibaba Group Holding Ltd. affiliate that owns Alipay; and the Tencent Holdings Ltd. subsidiary that runs WeChat Pay — to receive a third-party digital payment certificate from China’s central bank in 2011.

Unlike the better-known Alipay and WeChat Pay, both of which operate platforms for customers to pay bills, Huifu’s main business is providing payment services to micro and small merchants and supplying fintech technologies to businesses, such as data and account management, according to an application it filed with the Hong Kong Stock Exchange on Tuesday.

The company, which operates as ChinaPnR, hasn’t disclosed the number and price of shares it plans to trade or the planned date of the initial public offering.

Its sponsors are CLSA, owned by Citic Securities and JPMorgan Chase & Co. 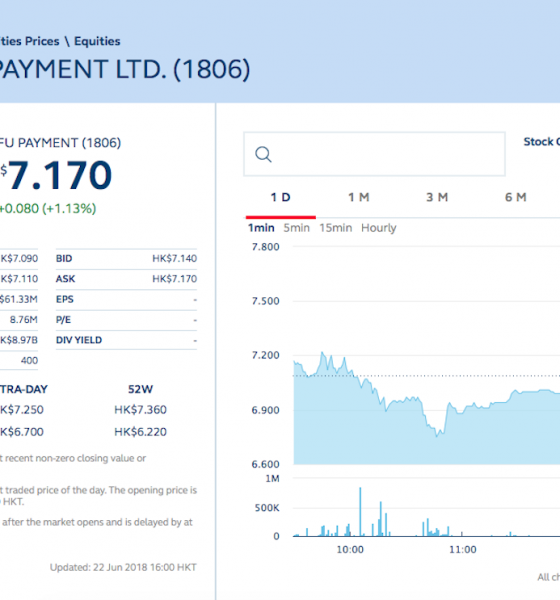 With the popularity of Alipay and WeChat Pay, China is an increasingly cashless society, as their digital wallets can be used in a growing number of various venues, including supermarkets and some metro and train stations.

In 2017, third-party payment volume in China was 152.9 trillion yuan, four times the 37.3 trillion in 2015, and the market is expected to reach 470.1 trillion yuan in 2021, according to Huifu’s application, citing business consulting firm Frost & Sullivan.

As Alipay and WeChat Pay have locked up most of the market — with a combined share of around 90%, according to consulting firm iResearch — room for other players is small.

In terms of payment volume, Huifu ranked seventh among all third-party payment service providers in 2017, with a market share of 2%.

But it was the top independent third-party payment service provider for micro and small merchants that year, occupying 5.5% of the market, Huifu said, citing Frost & Sullivan.

As digital payments in China prosper, the applicable laws, rules and regulations are continually evolving, and that has presented a challenge for Huifu. 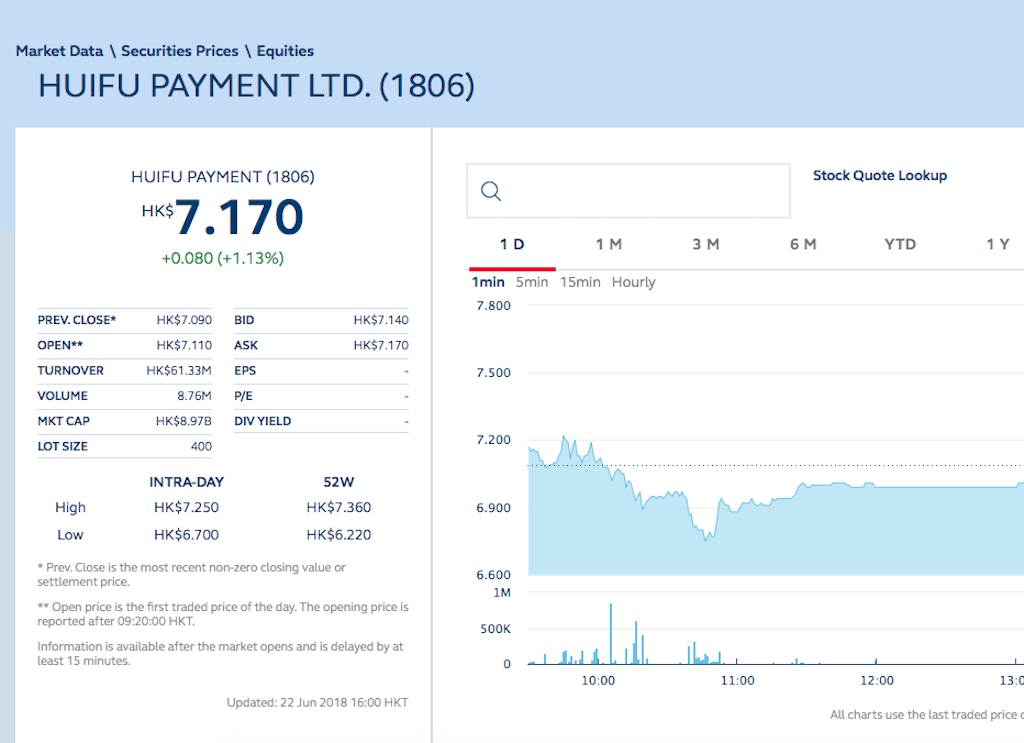 Since 2015, the company has been fined there times for noncompliance with newly issued rules regarding anti-money-laundering, bank cards, and funds from payment users.