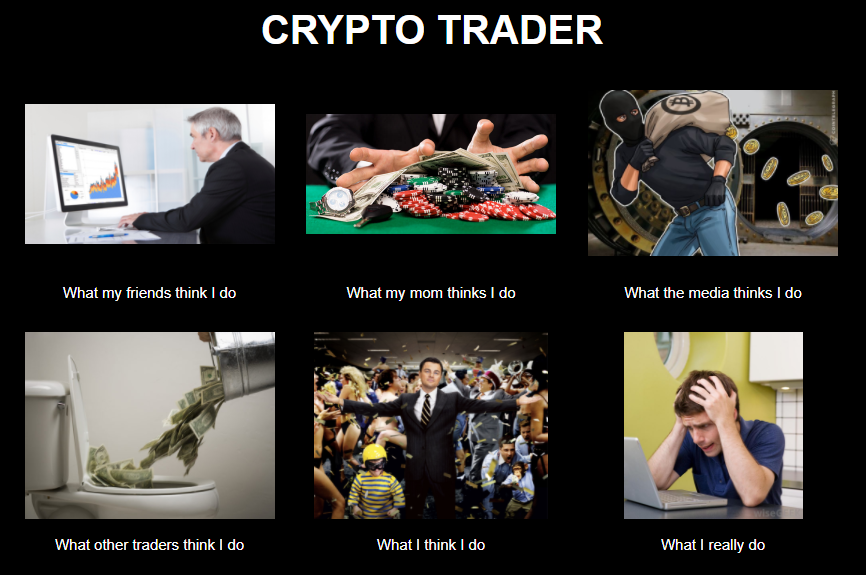 The Origin of the Cryptocurrency Term “HODL” and Its Meaning

The term “HODL” is a misspelling of “hold” that comes from a December 2013 BitcoinTalk forum post called “I AM HODLING.”[1][2]

The original post discussed holding Bitcoin as it goes down, if you know you aren’t a good trader (the idea being that it will likely come back up, and selling now means risking not getting back in lower).

“HODL” instantly became a crypto meme/rallying cry and has since been used to refer holding any cryptocurrency through its many ups and downs (be we talking about holding as it goes up in hopes of more gains, or holding as it goes sideways or down due to faith it’ll go up).

HOW TO PRONOUNCE HODL: HODL has come to be pronounced “HOD” “L,” in other words, although it was originally just a spelling error made by a Whiskey drunk BitcoinTalk commenter – full stop – today it is in practice commonly pronounced like it is spelled. 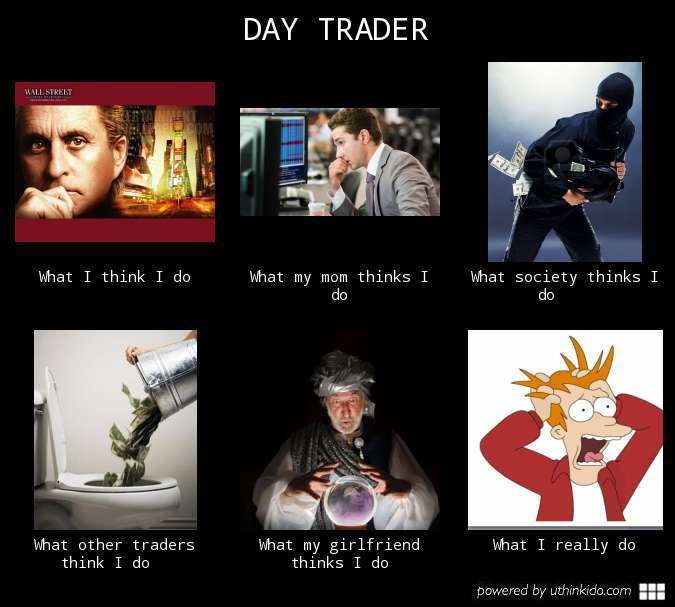 Further, it is commonly written in all CAPS. It is a meme based on a misspelling by an upset trader who was drunk on whisky/whiskey, pronouncing it that way has essentially become part of the meme.

Comment #119 on WHY AM I HOLDING literally says “HODL = Hold On for Dear Life.” That acronym perhaps never caught on in its day, and we can argue people generally decided HODL meant “Hold on for Dear Life” much later.

However, it was clearly written on the same thread just 5 days after the original post. That said, while the “Hold on for Dear Life” interpretation is debatable. What is not debatable is that the term “HODL” originally comes from a Bitcointalk forum post from December 18, 2013 called I AM HODLING where the title contained a misspelling of the word “hold” and where a commenter then said “HODL = Hold on for Dear Life” some 119 comments later.

Below is an excerpt of that post that sums up the true meaning HODL.

You only sell in a bear market if you are a good day trader or an illusioned noob. The people inbetween hold. In a zero-sum game such as this, traders can only take your money if you sell.”…

– An excerpt from “I AM HODLING” by GameKyuubi, December 18, 2013; These eventually worked out to be wise words (and sort of funny)… Which is why it became a meme.

FACT: If you read carefully above you’ll notice GameKyuubi never actually wrote “HODL,” he actually spelled “hold” right in the text of his post.

His misspelling is in the title where he writes “HODLING.”

FACT: HODL originally applied to Bitcoin specifically, today the term is used in reference to any cryptocurrency or even other assets.

FACT: Bitcointalk.org was started by Satoshi Nakamoto, the founder of Bitcoin.

This helps illustrate why HODLing is a thing. 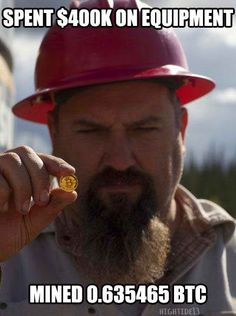 Historically Bitcoin has gone up very quickly (you want to be HODLING for that) and despite harsh corrections has eventually recovered from each low and [2018 aside for now] exceeded each previous high.

The Origin of “HODL”

Above I offered an excerpt of the GameKyuubi post that the HODL meme comes from.

In a way the easiest way to understand the term is to read the original post.

Need to Explain Bitcoin to Friends and Family? Here’s a Strategy Or Two

Here is that post and the origin story of our hero and at the time Drunken Master GameKyuubi:

The True Origin of HODL, from Bitcoin talk.org Dec 18, 2013 [clean version; click the link for the unedited original]:

I type d that tyitle twice because I knew it was wrong the first time.

Still wrong. w/e. GF’s out at a lesbian bar, BTC crashing WHY AM I HOLDING? I’LL TELL YOU WHY.

It’s because I’m a bad trader and I KNOW I’M A BAD TRADER. Yeah you good traders can spot the highs and the lows pit pat piffy wing wong wang just like that and make a millino bucks sure no problem bro.

Likewise the weak hands are like OH NO IT’S GOING DOWN I’M GONNA SELL he he he and then they’re like OH GOD MY A-HOLE when the SMART traders who KNOW WHAT THE F- THEY’RE DOING buy back in but you know what? I’m not part of that group. When the traders buy back in I’m already part of the market capital so GUESS WHO YOU’RE CHEATING day traders NOT ME~! Those taunt threads saying “OHH YOU SHOULD HAVE SOLD” YEAH NO S-.

You only sell in a bear market if you are a good day trader or an illusioned noob.

The people inbetween hold. In a zero-sum game such as this, traders can only take your money if you sell.

The Bottomline and Lessons to Be Learned

The term HODL originates from the place where its true meaning lies, that is, it is a reminder for those of who don’t trust themselves to make smart trades that they can always revert to HODLING.

The original post was in practice referencing HODLing through the long and harsh crypto crash of 2014 [although no one knew this at the time], but the basic logic can be applied to any market, and indeed traders today use the term in a number of different ways.

This doesn’t mean HODL is always the best move (after all, who wants to lose 90%+, even on paper), but history teaches us that thus far HODLing Bitcoin at least has always worked out in the end.

It hasn’t always worked that way for all cryptos, but it has for many….

and anyway, let’s be clear, we are at the end of the day discussing a whiskey drunk meme and not a complex trading strategy.

TIP: Try reading the comment section on that forum post. There are some classic and telling lines from way back when.

Below are a few examples.

This was too good on opportunity though. Surely it was pretty easy to react to the bad news from China?

I sodl half my coins at $730 and i’ll get em back at a later date when this all stabilises.

I was planning to hodl through everything with my Bitcoins after I had a bit of a panic during a previous crash. But seemed crazy not to sell this time…

If anything, I probably should have cashed them all out but you can never be sure about anything with BTC so half seemed the “safest” thing to do.

– Comment on the I AM HODLING thread that discusses the China FUD of their day and “the previous crash…” If this person bought back in, they outperformed Kyuubi and probably slept better at night.

Selling half your coins when the market turns bearish and ACTUALLY buying them back is a good move if you can pull it off.

TIP: The guy in the story above kept some Bitcoin and planned to buy the rest back later. This is a solid move.

Assuming he never bought back, he still HOLD’d enough to make him happy years down the road. If he did buy some back lower than $750, even better. Heck, he could have bought back at $1,500 or higher and been fine. You know who properly times markets?

Almost no one… which is why many HODL.

People forget that the Spartans died in the end

– A comment on the thread that is referencing the fact that people were making HODL memes with pictures of 300.

Let’s end with this nugget from the summer of 2017:

I found this 2 year old story in Reddit about the origin of HODL and its meaning.

When you have doubt about the HODL strategy , remember this story

BOTTOMLINE: “HODL” comes from a Bitcointalk post and has a few different meanings.

The 2017 meme version of HODL = Lambo is a little deceptive, but the real version of HODL is a solid move for many traders (because most traders are bad traders and crypto gains can come sudden and quick).

Also, remember, crypto is risky, and people forget that the Spartans died in the end.

"What Does “HODL” Mean?" contains information about the following Cryptocurrencies: