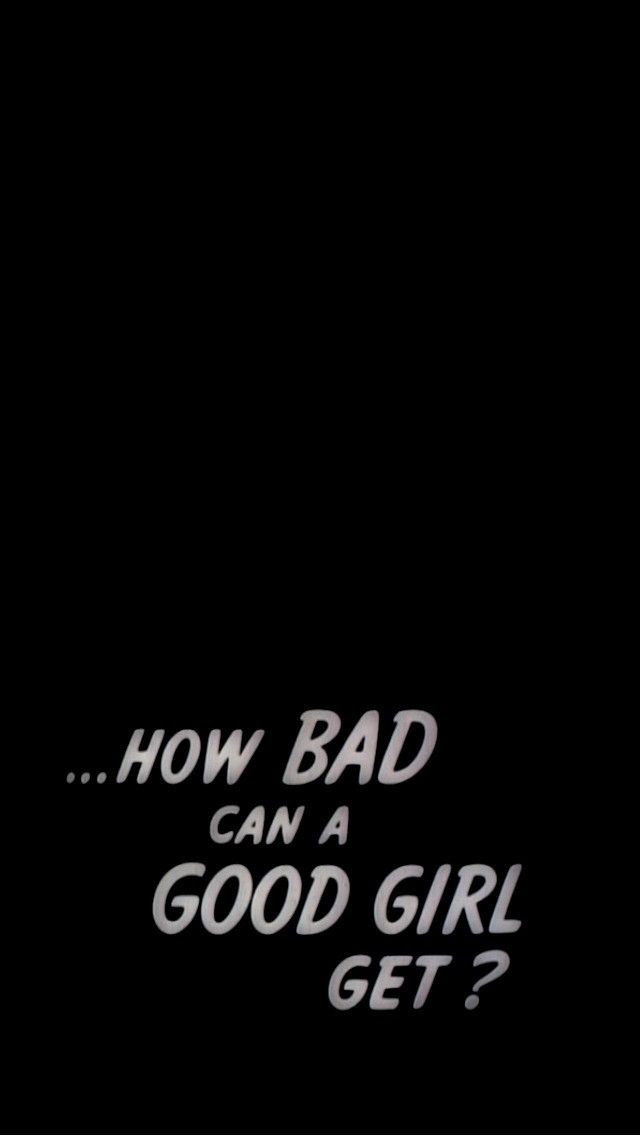 People indulging in the stock market are often people with a lot of emotions.

They get excited by something new, especially if it holds the promise of making them a whole lot richer and provides bragging rights at their next social gathering.

Maybe that’s why amateur and professionals alike tend to lose their minds in bull markets, particularly when a hot initial public offering, or IPO, is offered to them by their broker.

On one hand, had you bought into the IPOs of Infosys (yes, remember?), HDFC Bank, Sun Pharma, or TCS, you would have had some volatile price fluctuations along the way, but there is no question that you have made enough money to substantially change the quality of your life.

Clearly, a well chosen IPO can be a life changing experience if you simply make the right choice and stick with the stock for years.

On the other hand, there is a large majority of IPOs such as those of Reliance Power, Suzlon and DLF, which have destroyed investors’ capital.

With such businesses, even the “long-term” cannot save you from permanent capital destruction.

The Truth about IPOs
Benjamin Graham wrote in The Intelligent Investor…

In every case, investors have burned themselves on IPOs, have stayed away for at least two years, but have always returned for another scalding. For as long as stock markets have existed, investors have gone through this manic-depressive cycle.

In America’s first great IPO boom back in 1825, a man was said to have been squeezed to death in the stampede of speculators trying to buy shares in the new Bank of Southwark.

The wealthiest buyers hired thugs to punch their way to the front of the line. Sure enough, by 1829, stocks had lost roughly 25% of their value.

Over my 14+ years of experience in the stock markets, I have rarely come across any IPO that has been launched keeping in mind the interest of investors.

A majority of them have been launched in the form of ‘legalized looting’ by company promoters and their investment bankers.

I have come to believe how Graham defined IPOs in The Intelligent Investor.

He said that intelligent investors should conclude that IPO does not stand only for ‘initial public offering’.

More accurately, it is a shorthand for…

3 Reasons to Avoid IPOs
There is an old saying in corporate circles. One should raise money when it is available rather than when it is needed. This is the reason most companies come out with their IPOs during rising or bull markets when money is aplenty.

Unfortunately, most investors in these IPOs come out on the losing end of the equation.

Granted, some IPO deals are good for retail investors, but I’d argue the odds of that happening are stacked against you.

The stock market regulator SEBI’s rules that are designed to protect Indian IPO investors, generate reams of disclosures about the company and the offering process but unfortunately, many investors neither read nor understand these.

After all, how many people have the time or inclination to read 400-500 pages of IPO offer documents? And then they say – “Please read the offer document carefully before investing.”

IPOs are not level playing fields, I believe.

This game is stacked heavily against the small investor who is lured into the hype and then often loses a large part of his savings betting on listing gains.

IPOs are Expensive
People assume an IPO is an opportunity to “get in at lower prices”. In reality, by the time you buy shares of a company in its IPO, other parties have almost always invested earlier at lower prices – often, much lower prices.

Before you even knew about the company, there probably were three or four rounds of private investment, and the per-share price of ownership usually goes up with each round.

In fact, one of the big incentives for an IPO is so that previous investors – founders, venture capital firms, large individual investors – can “cash out” at least a portion of what they’ve invested.

That is why most IPOs are often expensively priced.

They are not priced to offer you a piece of the business at cheap or reasonable prices, but to find “bigger fools” who can get in when the “privileged few” are getting out.

Don’t believe the investment bankers when they say that IPOs are “cheap and attractive”. Their incentive lies in first fixing the IPO price (whatever the promoter wants) and then working backward to justify the same.

2. IPOs Create Vividness Bias
It’s important to understand that the investment bankers and underwriters of IPO are simply salesmen.

The whole IPO process is intentionally hyped up to get as much attention as possible. Since IPOs only happen once for each company, they are often presented as “once in a lifetime” opportunities for the promoters and other large shareholders to cash out.

Promoters and investment bankers thus create stories that are “vivid” – by using terms like “listing gains”, “bright future”, “long-term story” – and entice you to believe them as soon as you hear them.

You must avoid getting charmed by that vividness.

Try to go behind the beauty of that vividness, and scrutinize the IPO to see if it is really so bright and beautiful.

In other words, you need to get past the “bright and shiny” stuff that surrounds IPOs because it’s easy to fall into the trap given that so many others around you are falling for the same.

3. IPOs Underperform
Most people who get onto the IPO bandwagon often look at the listing or short term gains they can make in the next few weeks and months.

In bull markets, this often happens.

However, if you consider the long term performance of IPOs, most of them underperform their peers and the general market – simply because they started off with high valuations.

As you can see in the chart below, the BSE-IPO index has underperformed both the BSE-30 and BSE-200 indices ever since this index was launched in 2004.

Data Source: BSE’s Website
So much for the hype!

Warren Buffett wrote in his 1993 letter…

[An] intelligent investor in common stocks will do better in the secondary market than he will do buying new issues…[IPO] market is ruled by controlling stockholders and corporations, who can usually select the timing of offerings or, if the market looks unfavourable, can avoid an offering altogether.

Understandably, these sellers are not going to offer any bargains, either by way of public offering or in a negotiated transaction.

When Buffett issued Class-B shares of Berkshire, he made sure that it wasn’t a typical IPO.

Pinterest's IPO minted instant millionaires, but for many employees there is a catch

Our issuance of the B shares not only arrested the sale of the trusts, but provided a low-cost way for people to invest in Berkshire if they still wished to after hearing the warnings we issued. To blunt the enthusiasm that brokers normally have for pushing new issues—because that’s where the money is—we arranged for our offering to carry a commission of only 1½%, the lowest payoff that we have ever seen in common stock underwriting.

Additionally, we made the amount of the offering open-ended, thereby repelling the typical IPO buyer who looks for a short-term price spurt arising from a combination of hype and scarcity.

The dot com crash of 2000 was preceded by hundreds of IPOs where the underlying business was literally nonexistent.

The fact is that a bubble market has allowed the creation of bubble companies, entities designed more with an eye to making money off investors rather than for them. Too often, an IPO, not profits, was the primary goal of a company’s promoters.

What Does Tai Lopez Even Do, and How Did He Become Wealthy?

At bottom, the “business model” for these companies has been the old-fashioned chain letter, for which many fee-hungry investment bankers acted as eager postmen.

Benjamin Graham wrote in Chapter 6 of The Intelligent Investor…

Our one recommendation is that all investors should be wary of new issues—which means, simply, that these should be subjected to careful examination and unusually severe tests before they are purchased.

There are two reasons for this double caveat. The first is that new issues[IPO] have special salesmanship behind them, which calls therefore for a special degree of sales resistance. The second is that most new issues are sold under “favorable market conditions”—which means favorable for the seller and consequently less favorable for the buyer.

It is entirely possible that you could use our mental models to find good IPOs to buy.

There are countless IPOs every year, and I’m sure that there are a few cinches that you could jump on.

But the average person is going to get creamed. So if you’re talented, good luck.

To which Buffett added…

An IPO is like a negotiated transaction – the seller chooses when to come public – and it’s unlikely to be a time that’s favorable to you.

So, by scanning 100 IPOs, you’re way less likely to find anything interesting than scanning an average group of 100 stocks.

It’s almost a mathematical impossibility to imagine that, out of the thousands of things for sale on a given day, the most attractively priced is the one being sold by a knowledgeable seller (company insiders) to a less-knowledgeable buyer (investors).

It’s safe to conclude that IPOs, which seem like a good investment vehicle are, in reality, not so. In fact, an IPO is a product which is against investor interest, as it is mostly offered to investors when they are willing to pay a higher and outrageous valuation in boom times.

Prof. Sanjay Bakshi wrote this in a 2000 article …

Any kind of rational comparison of long-term returns in the IPO market and the secondary market would show that investors do far better in the latter than in the former…IPOs are one of the surest ways of losing money in the long run.

Four characteristics of the IPO market makes it a market where it is far more profitable to be a seller than to be a buyer.

First, in the IPO market, there are many buyers and only a handful of sellers. 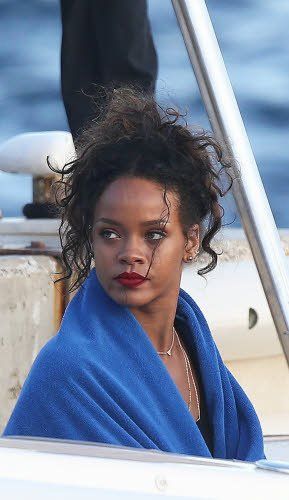 Second, the sellers, being insiders, always know more about the company whose shares are to be sold, than the buyers. Third, the sellers hold an extremely valuable option of deciding the timing of the sale. Naturally, they would choose to sell only when they get high prices for the shares.

Finally, the quantity of shares being offered is flexible and can be “managed” by the merchant bankers to attain the optimum price from the sellers’ viewpoint.

That is why bull markets are always accompanied by a surge in the issuance of shares.

You get the message, right?

It’s important to remember that, while most are, not every IPO is bad.

It’s just that the base rate of investing in an IPO is not in favour of the small investor, and thus you must assess every investment opportunity on its own merit.

Hype and excitement don’t necessarily equate to a good investment opportunity. If stocks continue to climb like they have over the past few months, and the IPO line lengthens, I’m afraid you’ll have plenty of opportunities to see that I’m right.