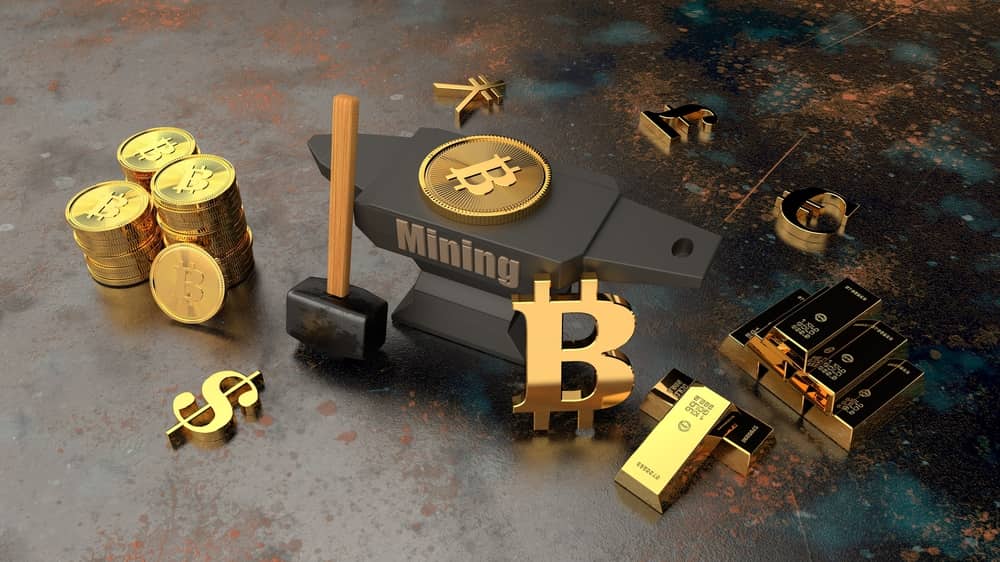 The rankings were comprised by the Seoulz staff and are based on 4 factors:

UPbit is one of the largest Korean cryptocurrency exchanges today.

They have switched back and forth with Bithumb as the top exchange. 2018 was not a great year for UPbit and Bithumb. UPbit founder Song Chi-Hyung and two other senior members were charged with making fake accounts to inflate the trading volume figures in order to get more customers. UPbit has denied the charges.

In spite of these charges, UPbit remains the top crypto exchange in Korea. The exchange has around 1.2 million users and a daily trading volume of over $300 million despite the heavy regulations from the Korean government.

They are expected to invest over $30 more into the Blockchain projects related to Fintech and content creation. Among Dunamu’s shareholders is South Korean Internet giant Kakao Group.

Their other plan for 2019 involves the launching of a blockchain service platform called Luniverse.

Their LUK token will be used to fund Blockchain projects.

Bittrex and Upbit ended their partnership agreement in late October of 2019. During their 2 year partnership, Bittrex allowed Upbit to provide a wider range of trading options compared to other Korean cryptocurrency exchanges.

Support for many tokens has since been suspended.

Upbit has recently listed Klaytn a crypto project that was developed by Ground X, a blockchain arm of Kakao.

2018 was a terrible year for Bithumb.

In March of last year, they paused their cryptocurrency withdrawals and deposits due to insider trading issues. Since then the company has been fighting an uphill battle of security on their exchange.

Bithumb has been hacked so many times that they are working with KISA (Korean Internet & Security Agency) to recover their losses. Their most famous hacking incident was the loss of $13 million in EOS and $6.2 million in XRP. Another hack resulted in a loss of $30 million in cryptocurrencies with Bithumb retrieving back $14 million.

The layoff was not due to the hacks but rather the fall of cryptocurrency prices. Bithumb posted a net loss of $180 million in 2018. 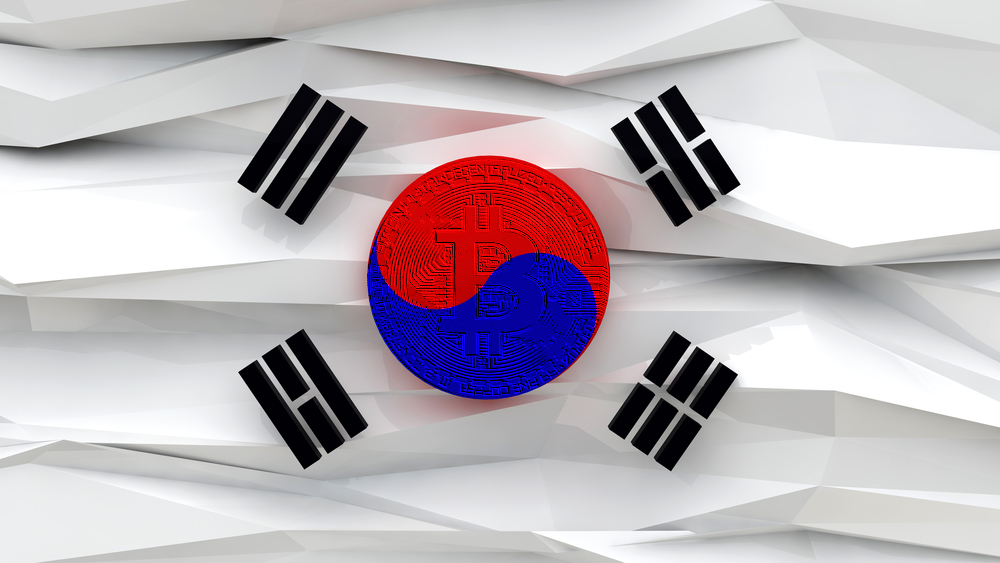 Compare that to the net profit of $470 million in 2017. Korean cryptocurrency exchanges have all suffered in 2018 but none has suffered more than Bithumb.

They will also focus on going global with Bithumb Global. They are already established in 10 countries and will look to provide a safe and reliable withdrawal and deposit service globally.

The hope of Bithumb Global is to provide access to cryptocurrencies in as many countries as possible.

Korbit was the first ever Korean won cryptocurrency exchange.

They are considered the 3rd biggest crypto exchange in Korea. The exchange has been making the news lately with EA and Disney bidding against each other to acquire Korbit.

Tencent, a China-based IT company is also very interested in buying Korbit.

NXC (Nexon) bought Korbit back in 2017 for $150 million. Then it bought Bitstamp in 2018. While the interest in NXC will be their gaming industry, Korbit and Bitstamp will benefit greatly the acquisition from any of these three major companies.

Buying NXC means that one of these companies will have two of the major crypto exchanges in their portfolios.

What cryptocurrency are related to the sex industry

If Tencent wins the bid they will add Korbit and Bitstamp to their already impressive Blockchain operations.

Korbit was the first cryptocurrency exchange to get an “optimal” grade during its due diligence for information security and AML (anti-money laundering) by the MSIT (Ministry of Science and ICT). In addition, they have brought back Korean won deposit services and formed a partnership with Shinhan Bank.

Coinone will be looking to expand elsewhere in Asia in 2019. They are still one of the biggest crypto exchanges in South Korea.

However, they will focus on Southeast Asia, especially Indonesia, Hong Kong, and Singapore. Coinone already operates in Indonesia and is looking to set up an umbrella exchange in Malta. This is in direct response to the strict government regulations in South Korea.

Coinone Transfer is a payments business and subsidiary of Coinone.

They have introduced South Korea’s first Blockchain remittance mobile app called Cross. It is a remittance app that utilizes Ripple’s xCurrent product that facilitates speedy cross-border payments. This will provide unbanked individuals the ability to transfer funds from South Korea to Thailand or the Philippines at a very low cost. Coinone is already working with Siam Commerical Bank (SCB) in Thailand and a financial institution called Cebuana Lhuillier in the Philippines.

Furthermore, Cross users will be able to send funds to any Thai bank account through the PromptPay app which is powered by Mastercard.

There are 9 criteria that cryptocurrency projects need to meet in order to get listed on Coinone. These are…

Coinone will mainly focus on Korean Blockchain projects that have a Korean market-focused business plan.

The reason is that most of the users on Coinone are Koreans.

Founded by Streamit, it partnered with Shinhan Bank and has been aggressive in hiring the best engineers in the world. Many of their core engineers are from Harvard, Stanford, and KAIST. They allow for trading in Korean won and have over 20 coins available for trade.

Traders are able to trade the day they register with no trading fees. This has its pros and cons as many fear GOPAX lacks key security features as it is very easy to register and trade.

However, they are the only exchange that acquired the Information Security Management System (ISMS) certification from KISA.

GOPAX has been very active in 2018 by doing a lot of promotional events in Seoul and around Asia. They also hold a lot of live seminars and workshops for cryptocurrency enthusiasts. Their focus in 2018 has largely been on the Korean market. The Korean won is the only fiat currency on the platform. Things may change once the Korean government provides an operational guideline on crypto-exchanges.

They have already created gopax.com which is focused on their foreign subscribers. Korean servers cannot access the site. The interesting part is that the company runs its business operations in Korea and paying taxes in Korea.

Huobi Korea is the subsidiary of the China crypto exchange Huobi. When they launched they listed 100 coins and 208 markets.

They hold over 98% of its customer’s assets in cold wallets. In 2019 they will continue to add coins while look to add Korean won to their exchange for trading. Huobi itself is the 3rd largest crypto exchange globally. They have companies in Singapore, US, Japan, China, and Hong Kong as well.

Huobi Korea has also strengthened its anti-money laundering protections. They closely monitor any suspicious transactions on their platform. They also have an inter-exchange hotline to prevent fraudulent activities.

Probit Korea was recently listed as the 28th safest exchange in regards to security by Hacken.

Security is one of Probit Korea’s strongest features. The CEO of Probit Korea is the ex-partner of Kim & Chang, the largest and most prominent law firm in South Korea.

Probit Korea offers KRW deposits and is currently ranked in the top 70 on CMC. Furthermore, they currently have over 100 markets and continues to grow. They are an IEO exchange and have done over 80 IEOs so far. Projects continue to come to Probit Korea for their fair business practices and good value.

Korean Cryptocurrency exchange Bitsonic which is operated by Skoopmedia which specializes in mobile app development.

They are integrated with the Binance API and offers a wide range of altcoins. Bitsonic returns 90% of the transaction fees to exchange users. Therefore they are the first revenue-sharing cryptocurrency exchange in Korea. They have over 180 cryptocurrencies on their platform. Bitsonic hots many IEOs per month (10-12). In addition, they also have their own coin (BSC) and have opened their own Bitsonic coin market, which allows users to trade coins listed with BSC.

Their focus for 2019 will be to enter the global market starting with Vietnam.

Hanbitco, launched in March of last year, is a cryptocurrency exchange in Korea. They offer a secure trading platform that strictly complies with Korean government regulations.

All You Wanted To Know About Crypto in South Korea

Hanbitco was one of seven exchanges that have met all the 85 item requirements set by KISA.

Therefore, this makes Hanbitco a very secure crypto exchange. They have been very active in the meetup space and continues to grow their listing and users every month.

OKCoin Korea is the subsidiary of the China crypto exchange OKCoin.

They had to shut down their operations in China in late 2017 following regulations from the Chinese government. They have over 60 digital currencies that can be traded against the Korean won. However, OKCoin Korea was penalized for failing to maintain their user’s data.

In addition, they were penalized for their account closure process which they deemed too complicating.

OKCoin is under the same management as another cryptocurrency exchange OKEx which is based in Malta.

CoinZest made headlines when they gave out over $5 million worth of cryptocurrencies to its customers as part of an airdrop event.

They ended up giving out Bitcoin and Ethereum instead of WGT Tokens (We Game Tokens). They have still yet to recover over half those cryptocurrencies. CoinZest also had two of their senior executives jailed for lying about their trading volume data.

They have helped many companies and organizations implement blockchain technology into their existing operations.

CPDAX launched an ATM crypto withdrawal service through its CPDAX app. Furthermore, they will look to expand this crypto ATM to convenience stores in Korea. The ATM will not only allow for withdrawals but for deposits of up to 1 million won.

John is the Editor-in-Chief at Seoulz.

He has covered the startup, tech & blockchain scene for media platforms Startup Radar and Seoul Space having written over 600 articles on Korea's blockchain and startup ecosystem. John has worked closely with The Ministry of SMEs and Startups as well as the Korea Foundation for the Advancement of Science and Creativity.

Email him at [email protected]