What Controls The Price Of Cryptocurrency 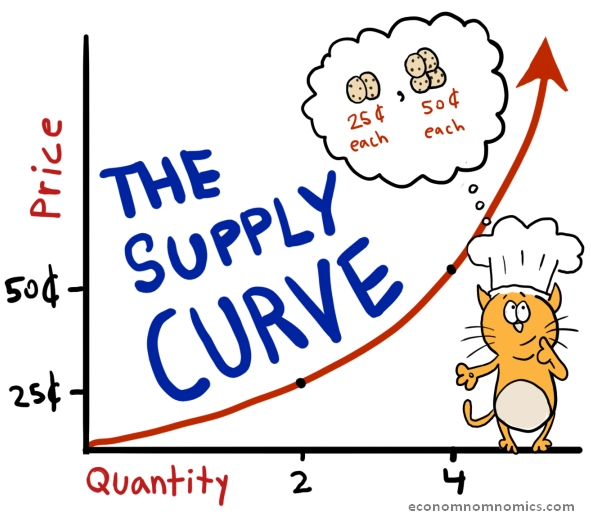 When you've only understood currency your entire life from the centralized paradigm the idea of a distributed system like cryptocurrencies is hard to wrap your mind around.

Explaining Centralized and Decentralized to Distributed Usually Blows The Mind.

If you look at this image you start to get a sense of the difference between these different ways of thinking about how currency is controlled. The central point is the dominant player.

Cryptocurrency: who, what, why & how of bitcoin and others

All control flows from a central point (for better or worse).

The decentralized network in the middle has many different points of control, but you could think of these as banks all operating on the same closed network. You can clearly see 7 different control points.

Also, this network has a hierarchal control mechanism. This just means that rules from a dominant system flow down to subordinate systems (think central banks cascading rules down to retail and commercial banks).

The distributed network on the right is where the magic happens.

Explaining Centralized and Decentralized to Distributed Usually Blows The Mind.

This is where power (and responsibility) is distributed. Notice there is no clear central authority?

What/Who determines the price of Cryptocurrencies?

For the network on the right to continue to exist it requires cooperation not domination.

So the question comes up - Who controls crypto currencies?

For a well designed cryptocurrency, the short answer is "the people who support the cryptocurrency" control it (not a central planning agency).

Because there isn't a central planning agency that doesn't mean there is no plan.

It definitely doesn't mean that there aren't groups of people planning.

So if the people control crypto coins then what are the different roles involved? What are the control points and structures that keep cryptocurrencies from being controlled just like any fiat currency?

The 5 different control points of a cryptocurrency.

1) The Core Team That Develops The Currency Has Control:

In an open source model for cryptocurrency development there is usually a core team of founders that get the project moving.

Zcash, Litecoin, and Bitcoin have all been created using this model.

In the spirit of keeping the control of the project distributed, usually there are elements of the coins creation that solidify this idea.

What Determines the Price of 1 Bitcoin?

For instance, the Zcash key ceremony is a great example of this. Also, Satoshi leaving the bitcoin project but distributing control prior to his departure is another example.

2) The Public Contributors Have Some Control:

Anyone who helps the core team to improve the currency has a limited amount of control also.

Being an opens source model, public contributors can take the code base and add to it.

If the changes they add make sense after a peer review then the changes are merged into the main code base.

In this way it is possible for anyone with the "technical chops" to have a portion of control in the coin they care about.

3) The Payment Network Itself Has Some Control:

The network that the coin and all of its transactions live on also controls the cryptocurrency.

This is done at a software level.

The distributed network of computer systems (including smart phones and other computing devices) make up the network.

The level of control exercised here is tied to the operations of the crypto coin. Things like transaction validation (who paid who), the ledger of all transactions, and peer information live in the network portion of the cryptocurrency.

4) The Miners Have Some Control:

This security mechanism is another way in which a cryptocurrency is controlled.

Not all coins have miners.

Usually only crypto coins using POW (proof of work) have miners, but all of them have some mechanism (usually crowd sourced) for securing the network. The miners all have agreement (consensus) based on encryption that ensures the transactions recorded into the distributed ledger are legitimate.

In exchange for helping to secure the network miners get paid in the networks crypto currency.

5) The Cryptocurrency Exchanges Have Some Control (kind of...):

The exchanges that facilitate the ability to move stored value from one crypto coin into another also allow you to exchange fiat for crypto coins too.

These exchanges are the only outside organizations that have a semblance of "control" over a given coin.

The thing to remember here is that they don't actually control the price of a coin. They simply facilitate the exchange between two parties.

Can you mine cryptocurrency on your phone

Think of them as a match maker.

They simply put a seller of one thing together with a seller of another thing.
For example you want sell your USD to someone with BTC and inversely they want to sell their BTC for USD. (Understanding which is the currency and which is the commodity being purchased can sometimes be confusing so I'll save that for another blog.)

A central bank has the ability to extract value from the people who use their fiat currency.

The 5 different control points of a cryptocurrency.

They have a government with guns to enforce the use of the currency.

All the participants of a crypto currency can only create value for each other or the entire thing falls apart because there is no incentive to support the currency.

A failure to perpetuate the core ideas that make a crypto coin possible makes everyone involved poorer so there are many positive incentives intentionally built into crypto currencies that prevent everyone from becoming poorer.

Who, in their right mind, would support any system that makes everyone poorer while enriching a chosen few?

I hope this was useful for you!

Still here? Here are a few things go do next. You can learn more about who I am when you
check out my introduction post!