Beyond Meat Inc., the maker of vegan chicken and beef substitutes backed by some of the biggest names in food and technology, is seeking to raise as much as $184 million in its initial public offering.

The El Segundo-based company plans to sell 8.75 million shares for $19 to $21 each, according to a filing Monday with the U.S.

A listing at the top of that range would give the company a market value of about $1.2 billion based on the shares to be outstanding after the offer, according to its filing.

The company is one of several makers of plant-based meat substitutes or lab-grown meats that have attracted high-profile backers.

Beyond Meat expects to price IPO above initial range

Beyond Meat’s biggest stakeholders are venture capital firm Kleiner Perkins Caufield & Byers LLC, which owns 16% of the company, and Twitter Inc. co-founder Ev William’s Obvious Ventures with 9%, according to its filings.

Tyson Foods Inc., the largest U.S. meat producer, is accelerating development of its own alternative-protein products and is also a backer of Beyond Meat. 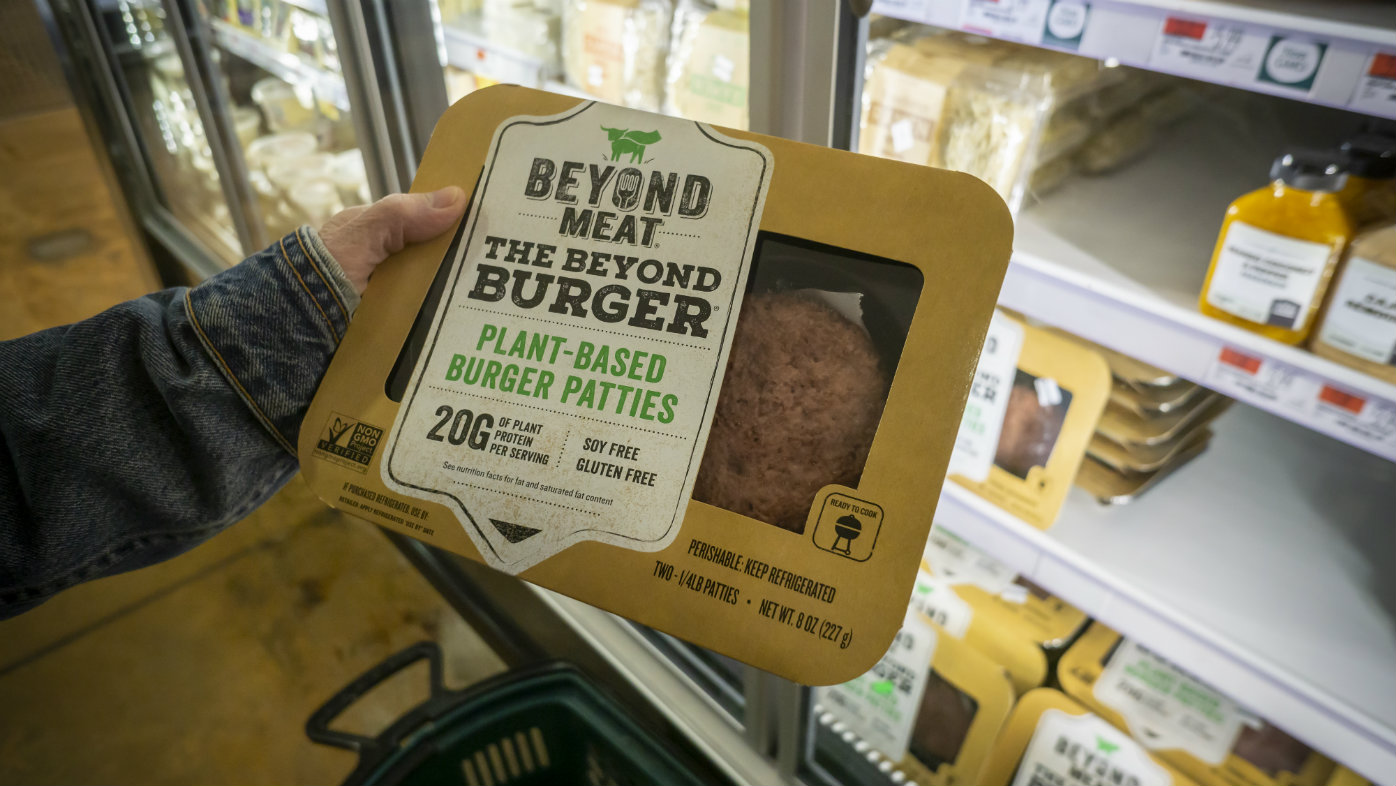 Tyson has invested in Jerusalem-based Future Meat Technologies and, along with Gates, Richard Branson and Cargill Inc., is an investor in Memphis Meats, a cultured meat producer.

Four-fifths of respondents in a Cargill survey said they were interested in plant-based or alternative sources of protein. More than two-thirds said they intended to maintain or increase their consumption of animal protein in the next year, according to the survey conducted in the U.S., Brazil, the Netherlands and Vietnam and released Monday.

Beyond Meat, founded in 2009 and initially focused on a frozen-chicken substitute, has taken advantage of vegan diet preferences to go more mainstream.

Now, it’s best known for the Beyond Burger, which is made to “look, cook and taste like traditional ground beef,” according to its filings.

Its products are sold by grocers such as Kroger and Whole Foods, as well as appearing on restaurant menus for TGI Friday’s and A&W Canada.